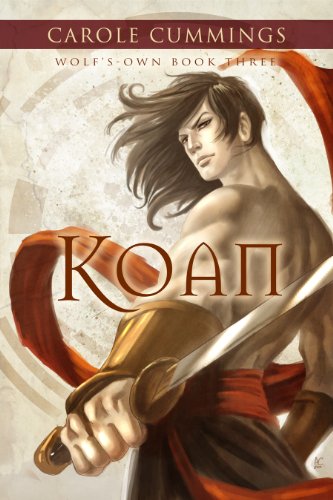 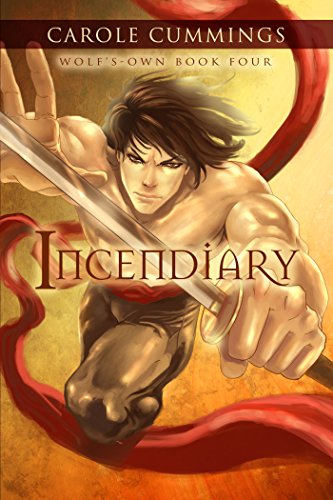 Before I get to the actual reviews, how cool are these titles? After I reviewed the second book (Weregild), I realized we never learned what the title meant. I thought it was some made-up, fictional word from the story. But nope! "Weregild, also known as man price, was a value placed on every being and piece of property." -- what's the value of a human? Which was a theme of the story! Same thing with Koan, at first I thought it was a word made up for the story (since there were a number of those), but nope! "A kōan is a story, dialogue, question, or statement, which is used in Zen practice to provoke the "great doubt"." -- Once more, that was so perfect for the theme of the third book!

Anyway, on to the review. I wish I had reviewed the third one after I finished it, but since I started the fourth one the same night, I never did. Bad me! Especially because now I can only say OH MY GOD I LOVED IT SO MUCH! I read all the books in a row, and the first three all ran together in my mind.

The first three were about the people, the two main characters especially. Malick, who is a supernatural [spoiler for the first book], and Fen who is... a hell of a mess. The first three books were focused on the two men, how they were slowly coming together, and the boundless issues around them. I loved every single minute of these book. I made so much extra reading time in my life so I could read more of them!

How much did I like these books? Never before in my life have I woken up in the morning and my very first waking thought was "I want to read more". I feel like I knew these characters. I loved them so dearly!

While it pains me to say, while I loved the first three books endlessly, the last one didn't work for me. This is going to sound like the most stupid reason for not liking a book, but: There was too much plot. I loved the first three books because they were about the people, the two men. The final book was all plot plot plot nonstop plot. It felt like a completely different book than the first three. This isn't a fault of the book, and going by Goodreads reviews, my opinion is very much in the minority. It's just I wanted a story more like the first three, and instead this was a giant plotty book (explaining the backstory of Fen, which was good to learn! But it felt like we learned it at the expense of a more personal story, if that makes sense).

It really, really, REALLY pains me to rate the final book a 'disliked'. I really want to bump it up to at least an 'okay', but if I'm not honest in my own reviews, what's the point? I do suspect I would have liked it more if I hadn't read all four straight through. And I strongly, STRONGLY recommend the whole series anyway, even though the end of it didn't work for me personally. I'm tempted to lock this post, because the author is active on LJ and I really hate the idea of hurting anyone's feelings, but I'm going to leave it unlocked because most of what I said is good and I want people to be able to see that and hopefully give the series a try. Please don't let me dislike of the final book put you off! It's a wonderful series! Some of the best books I've ever read!

The one small upside of the last book not working for me: Now I feel able to read something else. I was worried how I'd ever read and enjoy another book after liking this series so much, so this kind of let me down easier, makes it easier for me to move on to the next book.

The author has written a bunch of other books, and I intend to read them all, I'm just not sure if I'll jump into another of hers next or start something else. I'm suspecting some other book before returning to hers, because eventually I will run out of stories she's written and I'd like to make them last.

Some publisher sent me a listing for a new book.

Struggling single mother Laura McGill figures she has nothing to lose and everything to gain when she impulsively signs up online to meet a sugar daddy. After losing her virginity to a two-timing married man, she's out to find security for herself and her infant son Max--and hopefully a man she can love.

An online sugar daddy site. The PERFECT place to find a father for your infant son!

Brothers Daniel and Grant Wilmot are handsome and rich-and seeking a Rubenesque beauty whose lush curves will cushion their hard loving. Leaders of a security team comprising former Special Forces operatives and a dating website that serves as a cover for their military activities, Daniel and Grant--and another brother, Roman--are smitten by Laura's generous proportions and sweet manner.