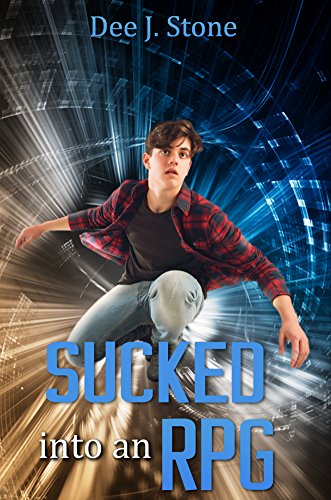 I have so many LitRPG books on my Kindle, and almost all the ones I've read so far have been bad. With the title of this one, I was ready to write it off before I even started it.

It did have some issues, including that I didn't believe the main character was male. The story was written in first person, and I guessed off the bat that the author was female. The character's voice pinged strongly female to me. Turns out I was right -- Dee J Stone (ugh, what a name -- DJ Stone? Going to spin us some tunes?) is a pen name for two sisters who write together.

That being said, all my previous issues with the LitRPG genre? That the main character is always male, seriously overpowered, and gets everything and more just handed to him through the story? This story had none of those issues! (Well, except the male main character part, but I kept picturing him as female through the whole story...) It did exactly what I had written that I wished LitRPG books would do!

I ended up enjoying this book quite a bit! It enters a very small category of books: Self-published books I enjoyed.

While it's great when a YA or middle grade reader book is enjoyable to adult readers as well, I can't fault one when it's not. This was a book aimed at middle grades (one step younger than YA). I loved (LOVED!) the world it was set in: "shifters" (were-creatures) populate our world. "No tails" (humans, non-shifters) don't know they exist, so the shifters have to be careful about it. A were-hyena family was living in an area of the country populated by only werewolves, so the werehyena boy got teased and bullied a lot. When Something Bad happens and his family is stolen away, he goes on a cross-country trip to try to get them back.

There was so so so much I liked about this book. The author really did his research on hyenas. I loved how he used the animals' traits to form the shifters' communities. His shifters were realistic, and perfectly believable.

But unfortunately the author took shortcuts that young readers wouldn't notice. Things like, after someone's vehicle was stole, the police just gave them a new one. I almost stuck with the book through that, but it was making me grumpy, and I have 200+ other books on my Kindle. I stopped reading at exactly the 50% mark. 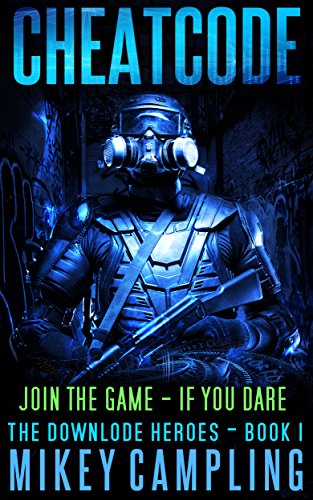 The plot was something about a war vet father (with PTSD, I assumed) and his son. Typical plot that dates all the way back to 80s movies. "You beat this level of the game, so the armed forces want you!" I gave up at 8%.