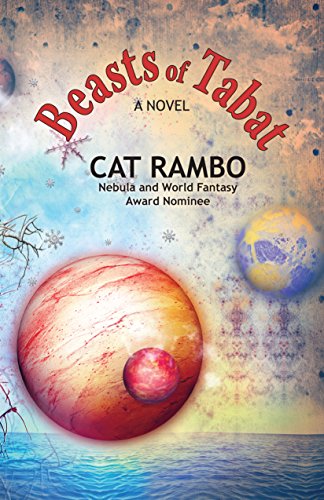 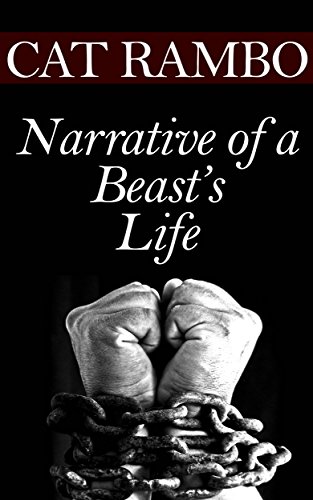 Don't judge a book by its cover. For me, it's usually in the opposite way: I fall for a cool cover hiding a horrible book. In the case of Beasts of Tabat, it's the opposite: That cover is just awful! And what does it tell you about the story? Nothing!

There was so so so much good about this story. Set in some other world, the planet was populated by every mythical creature you can think of, as well as by humans. Every non-human, non-animal mythical creature was classified as a Beast, and other than some free ones deep in wild areas, they were all slaves to humans. Many of these Beasts were thinking creatures, many were as intelligent if not more so than humans. As humans tend to do to slaves, Beasts were generally not treated very well, and in many cases, were abused. (Seriously disturbingly, when an intelligent Beast couldn't be tamed or otherwise rebelled, it was "dulled" -- lobotomized. Though it hadn't been described in detail at all, a scene about that being done to a Beast bothered me so much!)

As interesting as they were, the Beasts were just background information, part of the wonderful worldbuilding of this story (though in coming books are going to be a major part of the plot). This book centered around Bella and Teo. Bella is a gladiator, the star of the most popular "penny-wides" (graphic novel-type of book, read by adults and kids alike). In a city where seasons are represented by gladiator, Bella has extended winter an unnaturally long time because she just keeps winning. Teo is a "shifter" (were-animal, a Beast), but unable to shift. His village thinks him unlucky for being unable to change into his animal shape, so send him off to the city to work for the church. Teo, a big fan of penny-wides, seeks out Bella, and the two eventually cross paths.

There was nothing at all I disliked about this book (well, other than the cover...). The worldbuilding was deliciously good. I loved the characters, major and minor. I LOVED the idea of Beasts. I believed every single character's motivations.

Happily the second book should be coming out soon-ish, and the series is intended to be four books long.

This author writes a lot, including short stories set in her other books. Narrative of a Beast's Life was about one of the minor Beast character's life. While I enjoyed it, the last 10 minutes of reading time (per my kindle) out of a 40 total minute story were all promotions for the author's other books/stories. I had thought there was so much story left, so it was disappointing that it was all just advertisement.

Oh! And Cat Rambo is the author's real name, not a pseudonym. Cat, short for Catherine, and Rambo is her married/husband's name. Like the cover, that had worried me a little at first, since it seems like an awful pen name. :P
Collapse