[I didn't think I'd have time to write these reviews today, so I didn't bring my Kindle with me. I'll have to fill in the exact percents I stopped in later.]

Good YA/MG books are entertaining for readers of any age, but you can't fault one of them for not being enjoyable for adults, since we're not their target audience.

Camel Rider was set in a modern day, fictional city in the Middle East. The city gets bombed, and a western (Australian) boy escapes the city and wanders in the desert, nearly dying. At the same time, an Arabic boy sold into slavery makes a bad mistake and his owner leaves him out in the desert to die (which really had made no sense, the owner could have sold him and regained some money, but whatever). The two boys met, and at that point I stopped reading. Everything was too simple, the characters were black/white, and the story was too predictable. But, like I said, I wasn't the target audience. Perhaps young kids would enjoy this book. 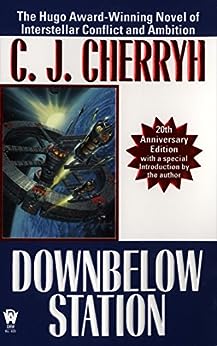 I wanted to like this book. The first chapter killed it for me though. If you look up "information dump" in the dictionary, you'd see a picture of Downbelow Station. I felt like I was reading a really long encyclopedia entry about this universe. Eventually I gave up on the first chapter, skipped to the second so I could get to the story, but too much was happening that I didn't know about (duh) and eventually I just gave up on the book.

History is All You Left Me by Adam Silvera
Rating: Okay (Hated-Disliked-Okay-Liked-Loved)

Talk about a case of the wrong book at the wrong time. Adam Silvera is the author who wrote both They Both Die at the End and More Happy Than Not. I put off reading this book for a while, because those other two had been so amazingly depressing and heavy, but apparently I didn't wait long enough. Like those first two books, this book was about death and true love (in that order). In this book, we learn right on the first page that a guy's boyfriend died, and the timeline changes by chapter, back and forth between the boyfriend being alive and dead. The living boy was also obsessive/compulsive, which added another layer of heaviness.

Adam Silvera writes two things amazingly well: 1) Relationships. In all three of his books, I completely, 100% believed his characters were in love. 2) Death (mourning). I swear to god, he can make me cry with just a few words. And combine those two elements together? It's emotional doom!

There was nothing wrong with this book. I did not stop reading because of the writing, the author, or anything else. I just cannot take another story of this kind so soon after finishing his other two books. (Luckily his next book is a fantasy. I really, really, hope it's lighter and doesn't kill off its main characters.)

Adam Silvera really is a great author, and I'm sure I'd recommend this book of his if I hadn't just read the other two. Unlike other books I stop reading, I'm not deleting his off my Kindle -- hopefully I'll be ready to finish reading it eventually. Stopped at: 17%