Tess on the Road by Rachel Hartman
Rating: Disliked (Hated-Disliked-Okay-Liked-Loved)

If I hadn't accepted this book for review, I would have stopped reading it the first night. But, hoping it would get better, I pressed on to a second night. I really wanted to stop at that point, but I forced myself to spend a third night reading it before finally giving up on it.

Every. Single. Character. In. This. Book. Was. Awful. From the main character (Tess) to everyone in family to everyone in the world around her, I didn't want to spend my reading time with any of them. Mean, ultra-religious, "fat" (how many times the characters were described as fat fat double chins triple chins, oh so fat fat fat FAT did I mention fat? The writing about them being overweight seemed mean outright at times). Even the main character's twin was so self-centered.

Add onto that and the plot was so slow and hard to believe (like the main character, after previously never having more than one or two drinks, for no reason drank to the point of being fall down drunk and nearly destroyed her family's life by telling their secrets). I had really wanted to like this book, and I gave it a lot more chance than I usually would, but it just completely did not work for me. Stopped at: 17%. 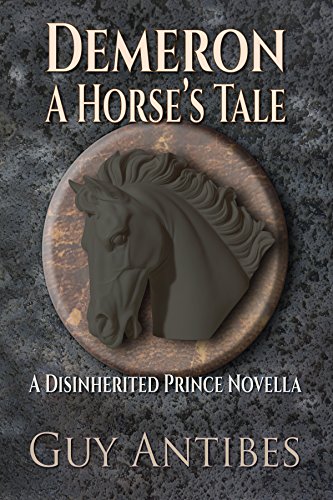 Self-published. Set in the middle of a book series. I knew those two facts going in, but it was a story about a talking horse, so I thought I'd give it a chance. The writing was average (for a self-published book), but I didn't believe the horse character as a horse, and that's a deal breaker in a talking horse story. I stopped reading at the 5% point.