I was looking for new books, and this cover caught my eye. 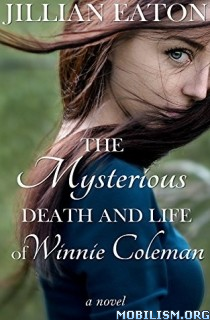 Her head looks way too big for her body. Is her neck broken? Is she missing half of her head? The more I look at it, the more freaked out I get...

Not owning a TV or getting cable, I miss a lot of shows. Not just watching them, but knowing the show existed at all.

Yesterday I spotted a "new" show from Marvel: The Inhumans. Turns out the whole first season ended already, so I found it online and marathoned it.

On one hand, it was entertaining enough to watch the whole thing over two days. On the other... Ugh. I wish it had been much better written. And better acted. And just better in general.

While I guess overall I enjoyed it, it had so so so many plotholes and issues. But then, it also had Iwan Rheon, which did much to balance out all the other problems, even though I really didn't much like his character at all. AV Club called it a poor, low quality copy of Loki, and that's what I had thought as well.

Man, this post makes it sound like I really didn't like it. It wasn't awful, but it could have (and should have) been so much more.

Did anyone else watch it? What'd you think of it?
Collapse