Usually I post books in the order I read them, but I'm going to put the amusing one first. I almost got up out of bed last night just so I could post about it. 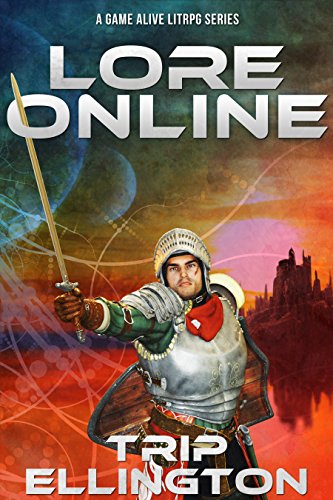 I'm going to quote from the book. Everything between the ---- is quoted, bolding as it appears in the book. My quote starts in the middle of a story paragraph.

If only I could afford a real gaming rig, he thought.

SHOULD MORE FUTURISTIC TECH BE THREADED THROUGH? Re: Still watching things on a screen, checking bank account online. iPhones, cellphone, landlord's curlers, grocery bags - perhaps more near-future options could be made up for those and more. definitely in need of revision here. the story is meant to take place 50-60 years from now, so a lot of this will need to be reworked. I've made a few changes myself, but please feel free to tweak as needed.

He looked down at his grey t-shirt and jeans...

Back and forth notes between himself and some reader, in the middle of the published story! I laughed out loud for a good long time at that. That is a new one...

Stopped reading at 3%, though I did skim to see if there were more notes like that. 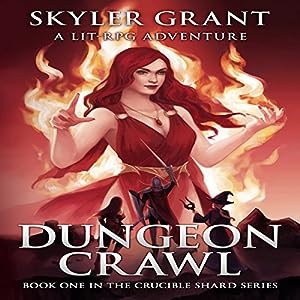 Typical LitRPG. One day I'll delete the last LitRPG book off my kindle, and that will be a good day indeed. Stopped at 3%. 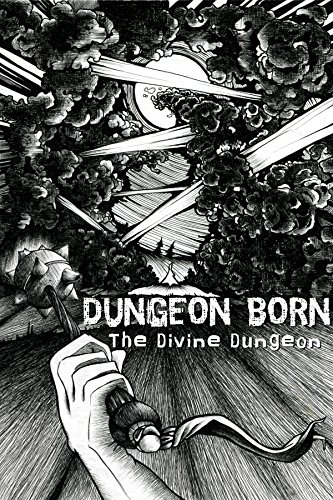 This was an odd story. In it a man is killed by a necromancer, and for some unexplained reason his soul was stuffed into a gem. Somehow the gem evolved into a dungeon core, and every dungeon core becomes a dungeon. So basically it was a story told about how a dungeon (as in D&D, something adventurers enter to kill monsters and find treasure) came to be.

An interesting idea, but wasn't very well written, so I gave up on it pretty fast (8%). 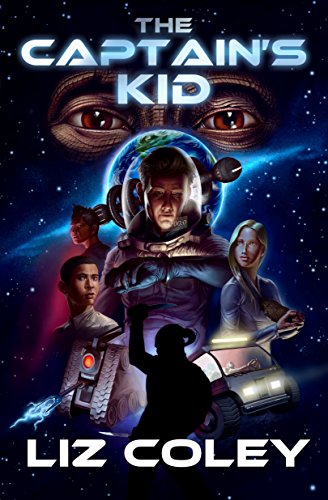 The plot was about a kid whose mother was killed on a mission, and he and his father were about to go on that same mission. The two had never talked about losing her, each lost in their own grief. While that more personal plot was going on, there was a wider one about two different groups of warring geneteched humans on a new planet.

The "aliens" (very geneteched humans) were interesting, and I was interested in both of the plotlines. I have no idea at all why the book never clicked for me. I thought maybe it was me (too distracted by RL stuff?), but as soon as I finally gave up on this one (at 62%) and started a new book, I was lost in the new story.

Currently reading: Weregirl. Will I reach 50 books by the end of the year? Which means either give up on this book after the 48% mark or finish this book? Stay tuned and find out!
Collapse