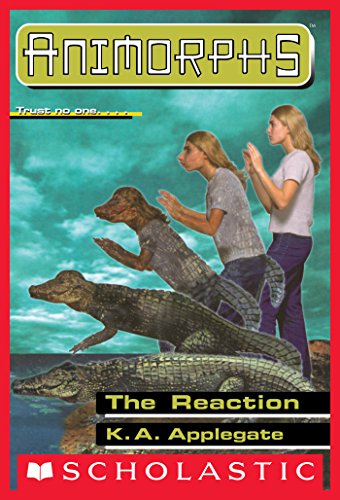 This book's title was quite literal: One of the kids has an allergic reaction to a new animal morph they picked up. Unfortunately that idea makes no sense, and the whole book was about it.

Anyway, being allergic to an animal you have acquired means you lose control of your morphing abilities. She turned into an elephant at home, which destroyed her house.

The subplot was that some ~dreamy~ child star was going to willingly join with the evil aliens. The subplot worked for me no better than the main plot, as it was mostly the girls fawning and drooling over him.

The conclusion was just awful. The way to deal with being allergic to a morph you acquired is to "expel" it. So in the middle of a TV show production, she had a whole entire real physical crocodile come out of her body...

I was thinking I should use half stars/half steps for ratings this year, but that would make averaging things out at the end of the year harder. If I were doing that, I'd rate this between disliked and hated -- it really got enough of a negative emotional response to almost be hated.
Collapse