Even if I completely love a book, there's usually at least some small things I don't like about it. That's not the case for this book. I loved every single thing about this story, other than how short it was. But, since it's a middle grade book, that's expected and can't be counted as a flaw.

Set in the future, humans have the ability to genetech dogs to be much smarter. However, the really, really good thing about this book was that even though they could "talk" (not exactly), they were still completely dogs. I never for even a moment didn't think they were dogs.

Through tech (used both on dogs and humans), the two species could understand each other. And so, when humans started expanding beyond our solar system, it only made sense to bring geneteched dogs with them.

This story takes place on a ship headed to a planet way beyond our solar system -- the furthest humanity has so far reached. When something Bad happens, and the dogs are left on their own to try to survive and make it to the new planet (with the cool name of Stepping Stone).

Though this was a middle grade book, the writing never felt too simple, nor did the characters or their actions. If not for the length, I would never have thought it wasn't written for adults.

It's odd, since this author's books have not worked for me in the past (I read two of his before and abandoned both early on). But man, I loved this book so much. It was so cute and warm and wonderful, but with a cast of Good Dogs as characters, how could it be anything else?

Book aside, I don't think I've ever disliked someone as strongly from first glance. But wow, this author... Quotes from his Biography on Amazon: "Terry Goodkind's brilliant books", "Goodkind’s incredible storytelling abilities", "[his] books are a thrilling, dizzying, mix of modern narrative, with every bit of Goodkind’s masterful voice intact." I know it's not fair to judge someone based on how they look, but from first glance he looks like someone I would hate. Plus Google tells me he's pretty right wing, so... 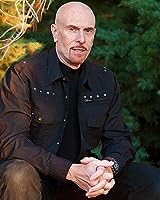 Anyway, I started this book before seeing any of that, so it didn't influence my reading at all. This book completely didn't work for me. Set in the past, a Native American tribe had rules against fighting at all, for any reason. So of course other tribes raided them all the time. One girl stood up and killed raiders.

I stopped reading about the 5% point. The main character girl who killed the raiders wasn't believable at all, not as a person nor her actions.

Told in first person, I had no idea the main character was male until too far into the story. The internal voice sounded completely female to me.

Also contemporary fiction (with a dash of supernatural), which is not something I usually read.

Usually I don't check others' reviews until either I'm done with the book or losing interest, and since this was the latter, I hopped over to Goodreads to see what others thought. Reviews mentioned the same thing I was feeling (bad dialogue, author seemed to not know how teenage boys think or act), so I dropped it at the 5% point.

Currently reading: A Larger Universe some kind of sciency scifi self-published book. The writing really isn't working for me, so I might drop it soon.
Collapse