I haven't finished one book yet this year. This is getting depressing... 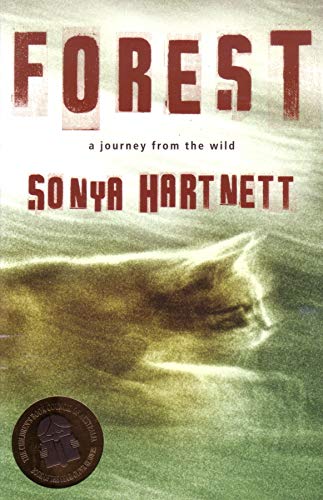 This book really should have worked for me, but I spent a whole week trying to get into it, and I finally have to just give up on it.

Set in Australia, Kian (a housecat) along with two kittens are dumped into the "forest" (Australian wildlands). It's a talking animal story, the book is published by a major publishing house, and the author won awards for her books. But man, I just didn't like her writing. It wasn't bad, it just wasn't a good match for my tastes. The story moved so slowly. I reached the 20% point, and all that had happened was that the cats were dumped into the forest (which took place in the first pages).

The cats had no personalities, so I felt no connection to them. To say the story moved at a glacial pace would be understating it. I didn't hate the book, I just didn't like it, so finally I'm just giving up on it.

This was such a bad week for books. I did almost no reading. I went to bed late every night, so I had to pick either phone game or reading, and the phone won every time. I could say it was because I'm not into the book I was reading, but that's probably not the full answer. I'm getting pulled into darned Candy Crush again. Seriously, these games are so addictive... it just feels good to play them. The one I'm playing has this vibration/sound it uses when the app starts, the same sound/vibration when you beat a level, so it's like a Pavlovian training of reward when you start the app. I think I'm going to have to go cold turkey again so I can get my reading time back.

I gave up on the book I had been reading (Forest), and I'm going to move on to the long waited Infinity Son by Adam Silvera. Unfortunately the reviews it's already received make me suspect I might not finish it, but... I love Adam Silvera so I have to try.

Lost in Space is the big (and almost only) thing I'm watching. I finished season one, started season two yesterday. I'm glad I rewatched season one -- I remembered almost nothing about it, including the ending of it.

The only other thing I'm really watching is Clone Wars. It continues to amuse me the holes I have in my Star Wars knowledge. Palpatine is a member of the senate, but I was sure I remembered that he was somehow a bad guy, so I wasn't sure why he was leading the good guy senate. Once I googled and read the details, I had to laugh at myself.

Also, I read why Clone Wars seems so disjointed to me: Apparently you're supposed to be able to watch any ep standalone, or watch the series in any order. That's so odd...

Other than those two things, TV is taking lots of my watching time. I watch an hour of news, and an hour of 'evening TV' (gameshows or reruns), and that's more than half of my watching stuff time per day.
Collapse